Kaira Looro Architecture Competition is a design contest open to students and young architects with aims to discover new talents and to adopt sustainable architecture models for humanitarian purpose to improve life conditions in developing countries. Cash prizes, Internship and construction are provided for winners, selected by an international jury made up of pregistous architectural firms.
The challenge of 20232's edition is to design a ‘Primary School’ in Southern of Senegal. We are looking for a new school model that can protect and foster the development of every child's potential!.

She studied architecture at the Istituto di Architettura di Venezia (IUAV) and currently acts as director of the international architecture firm Miralles Tagliabue EMBT, founded in 1994 in collaboration with Enric Miralles, based in Barcelona, Shanghai and Paris. Among her most notable projects built are the Scottish Parliament in Edinburgh, Diagonal MarPark, the Santa Caterina market in Barcelona, Campus Universitario de Vigo, and the Spanish Pavilion at the 2010 Shanghai World Expo.

Agostino Ghiradelli earned a degree in architecture from the Università degli Studi di Genova in 1999. He has collaborated and has been Partner of several International Firms, has worked in New York and Paris and has supervised construction sites all over the world. He focuses both in the research and the design phase of Architecture and Urban Planning projects. To this end he collaborated with public institutions and he was a lecturer for various international institution.

Raul Pantaleo is involved with the practice of social communications and graphic design for various Public Administrations and non-profit organizations. Raul Pantaleo is one of the co-founder of “studio TAMassociati” a practice which specializes in socially oriented projects in critical areas. Among the main awards received : the LafargeHolcim Awards Acknowledgement prize (2017), Aga Khan Award (2013), Zumtobel Gruop Award (2014).

Mphethi Morojele is owner and founder of the MMA Design Studio, an award-winning architecture and design studio based in Johannesburg, South Africa. The practice has collaborated to produce some of the most iconic and culturally important projects in South Africa and continues to expand its portfolio on the continent with projects in Ethiopia, Uganda, Botswana, Mozambique, Lesotho and Burundi.

EEmmanuelle Moureaux is a French architect and artist living in Tokyo since 1996, where she established emmanuelle moureaux architecture + design in 2003. Associate Professor at Tohoku University of Art and Design. Member of "Tokyo Society of Architects", the "Architectural Institute of Japan", and the "Japan Institute of Architects".

Born in 1978 in Fes, Driss Kettani studied at the Ecole Nationale d’Architecture of Rabat, Morocco where he graduated in 2003. He has spent his childhood in Côte d’Ivoire before coming to Morocco in 1996. After some collaborations, he opened his office in Casablanca in 2005, working on some housing, office projects and design. He currently teaches at the Mohammed VI Polytechnic University.

Born in 1978 in Casablanca, Saad El Kabbaj studied at the Ecole Nationale d’Architecture of Rabat, Morocco where he graduated in 2003. During his studies, he had some experiences abroad (Greece, Tunisia and Egypt). He opened his office in Casablanca in 2005 and works on a various range of projects. He currently teaches at the UIR University in Rabat.

Born in 1979 in Casablanca, Mohamed Amine SIANA graduated from the Ecole Nationale d’Architecture of Rabat, Morocco in 2004. He collaborates since 2000 with different architects and had some abroad experiences before opening his own office in Casablanca in 2005. He works in different kind of projects: interior, housing, health, design. He currently teaches at the UIR University in Rabat.

The primary school project is to be designed for the rural areas of southern Senegal. This is a country in western Sub-Saharan Africa bordering the Atlantic Ocean, Mauritania, Mali, Gambia and Guinea. 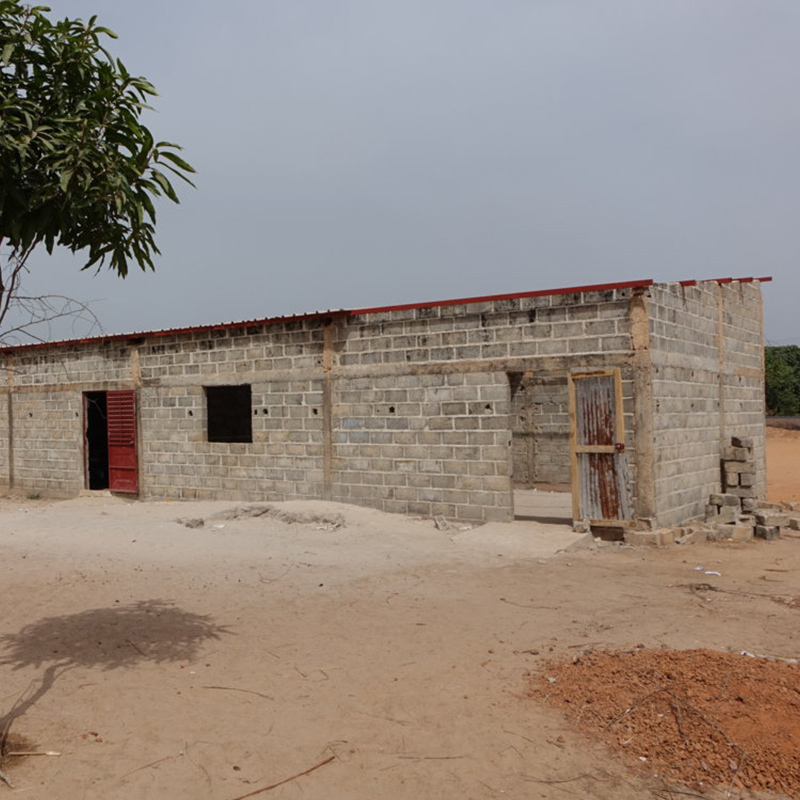 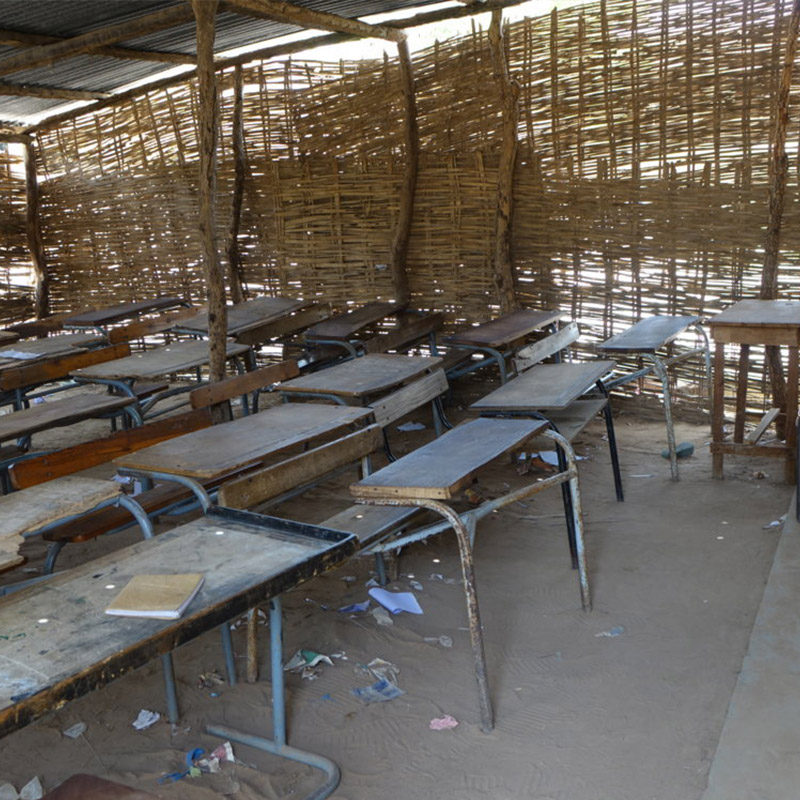 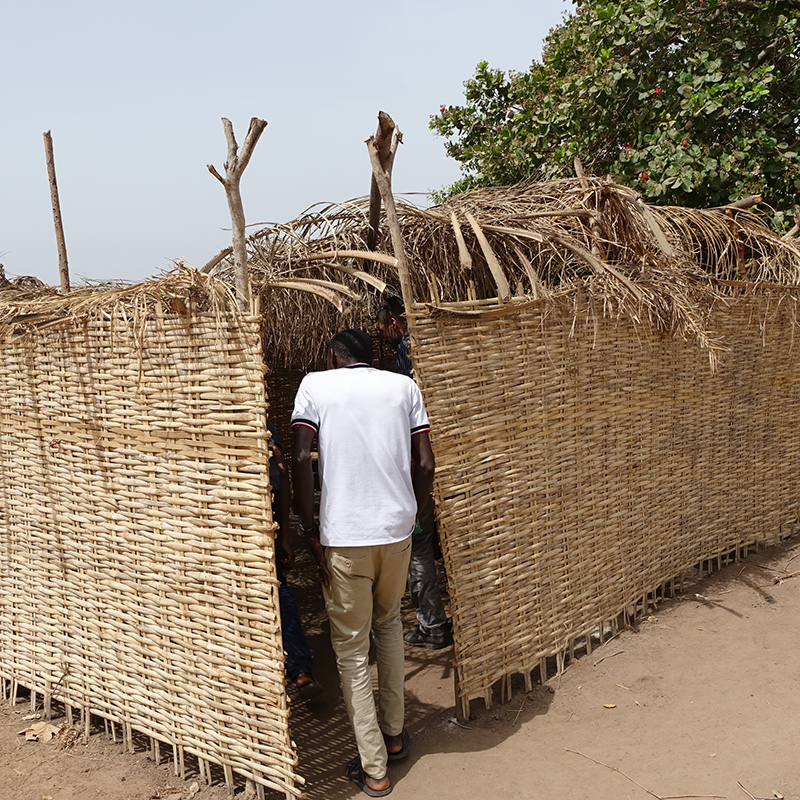 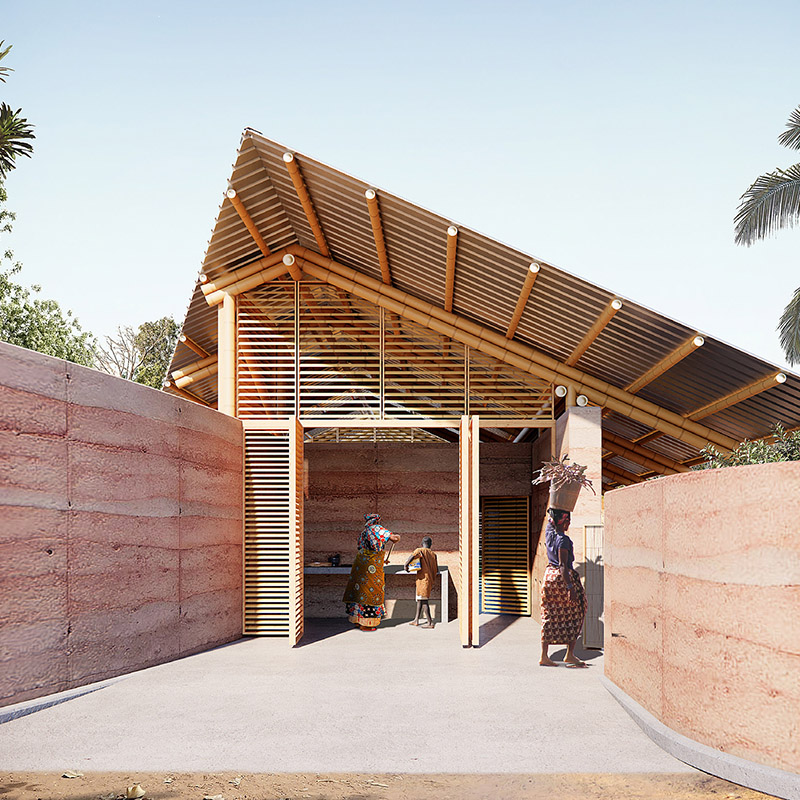 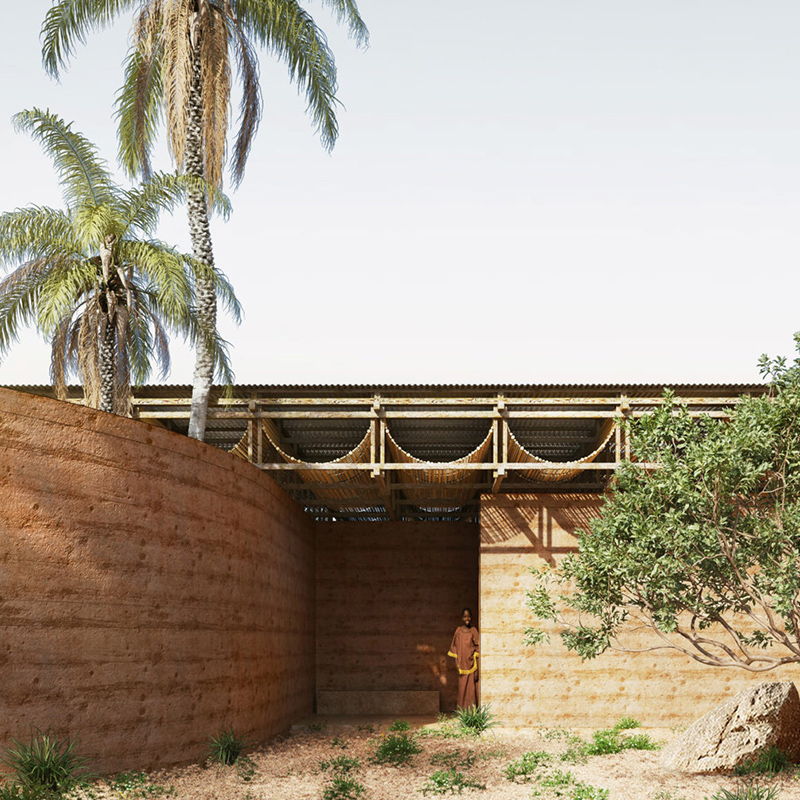 The objective of the architecture competition is the creation of a “Women’s House” within a symbolic and environmentally friendly structure that is inspired by local traditions, that can promote Women's Empowerment. 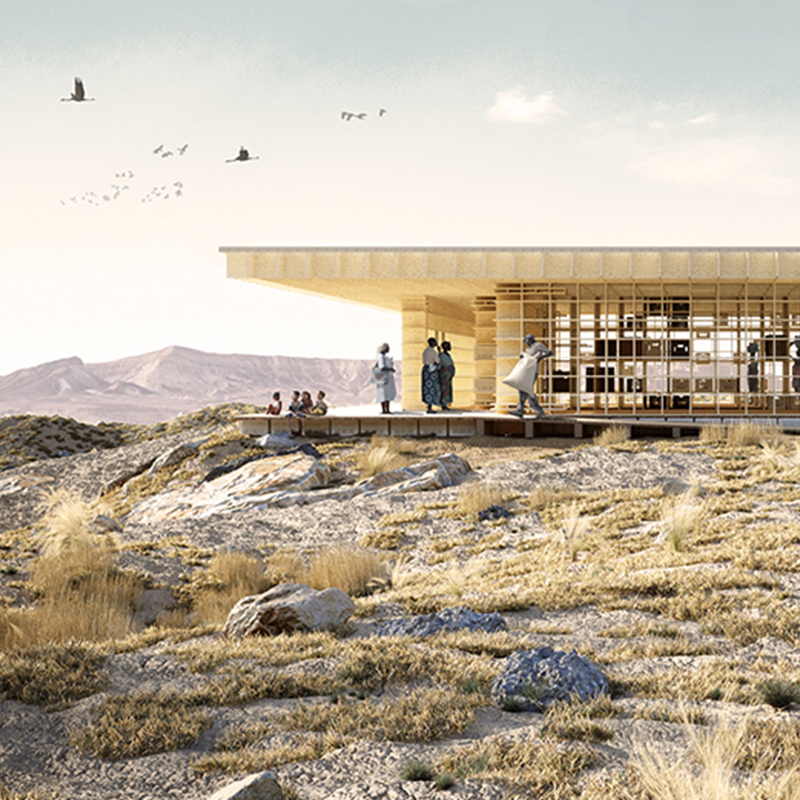 Competition aimed to design an architecture that will house an EOC (Emergency Operations Center) and that can help to facilitate the humanitarian operations of international organisations. 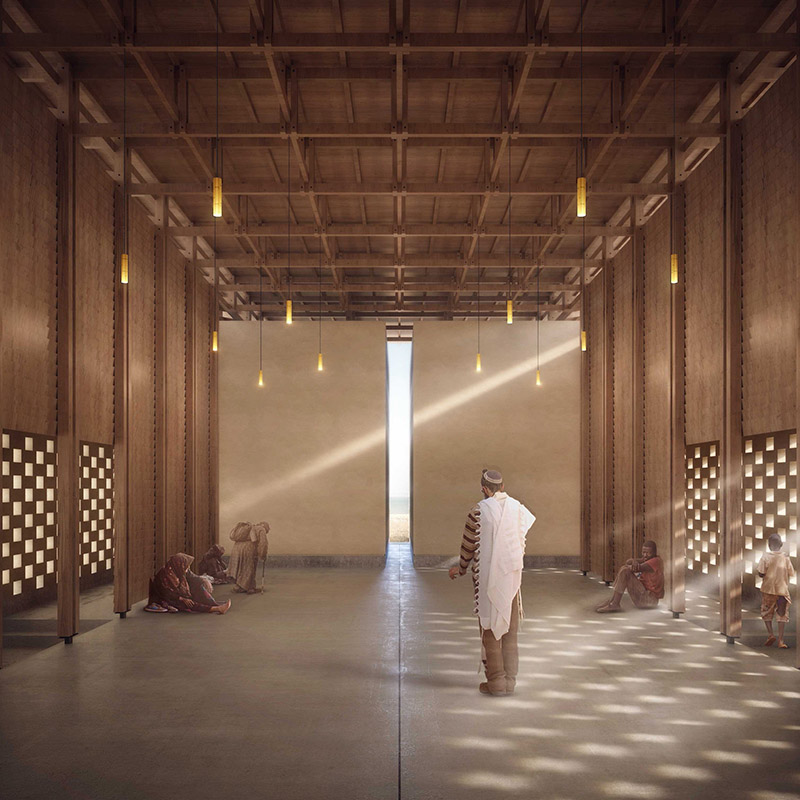 Remembering the victims through the universal value of peace can help to lay the foundation for the creation of an inclusive and cohesive society.

Hundred-years old cultures give birth to Communities, being transmitted through rhymes of those who are narrating it and interpretating tha past through wisdom. One's accomplishments result from rituals and metamorphosis, bonding the human being to its own roots. 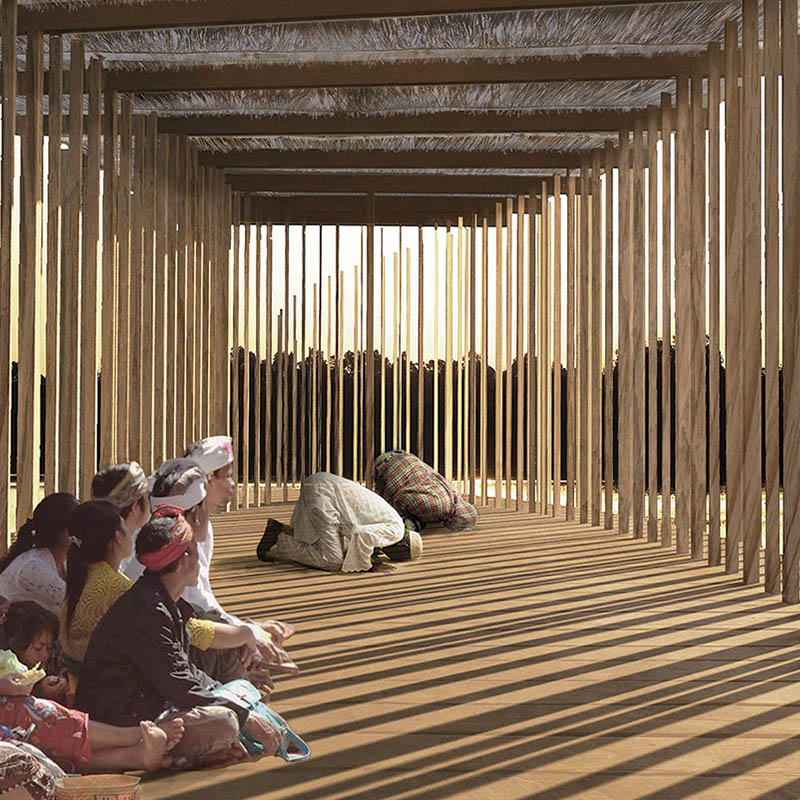 Introspection, spirituality and divinity. These are the elements around which the sacred architecture revolves. The light and the lightness of the materials join sacred and profane, creating an architecture. 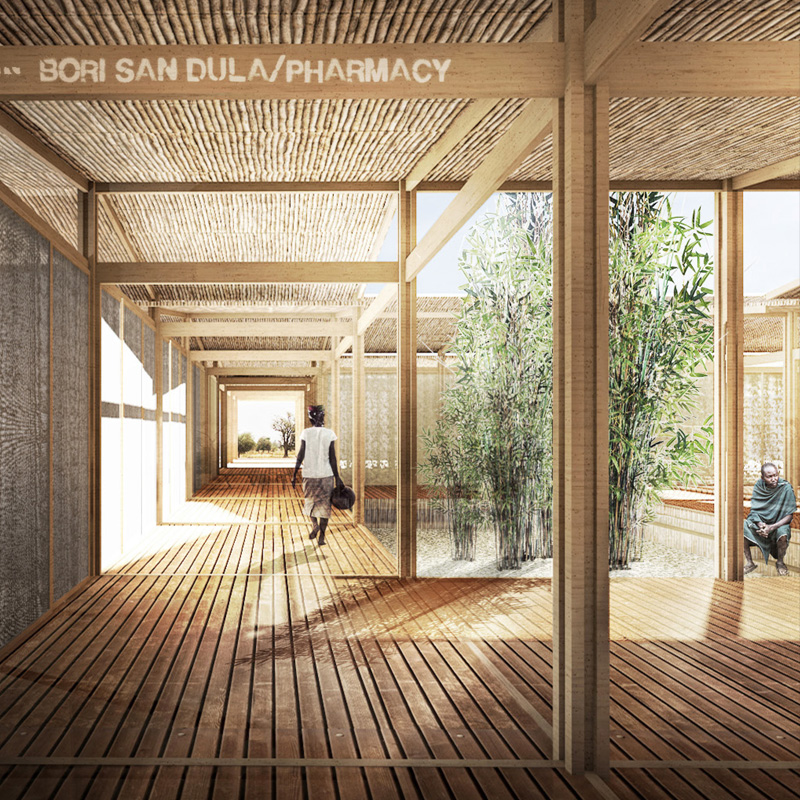 The event represented an international architecture workshop organized in september 2016 together with In/arch Sicilia and CA2Lab from University of Catania, aimed to support the Dam-Bridge project.

Architecture firms in the jury of last years