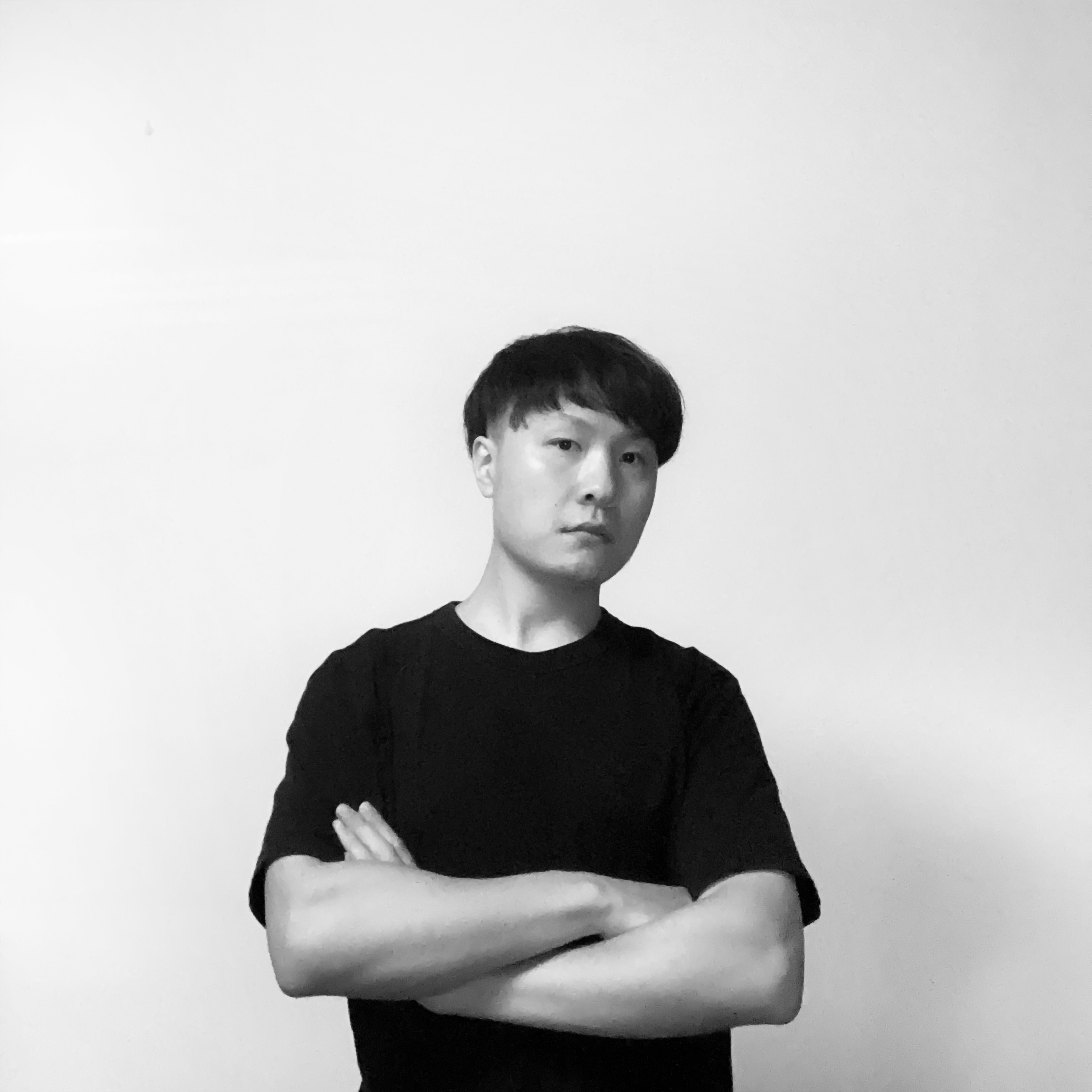 1) Can you tell us more about you?

My name is Ziyu Guo, from the city of Chengdu, China. I graduated from Chongqing University, and then finished my master’s degree in Advanced Architectural Design program in Columbia University, after which I worked three years in New York City. Now I live and work in Beijing as a young architect. Apart from architecture, I’m also a museum lover, wanderlust rover and swordsmanship practitioner.

2) What was your feeling when you knew you were the winners of the competition?

The result came to me right after a long and intense meeting out of surprise. After that initial shock, I felt exalted and honored since I well understand the quality and competitiveness of this competition, which is also one of the reasons I decided to take part in it, test myself out with some of the most talented young designers/students worldwide. Although I was doing this competition on my own, as an escape from my daily workloads into some pure creation of designs that I love, there were still difficult moments when I felt exhausted of ideas. Therefore, reflecting on the whole process, I feel satisfied and relieved that I came closed to the extent I want my idea to be expressed.

3) Which aspects of a design do you focus more during designing?

To design such a children’s house in a town like Baghere is not only about architectural presence, but more establishing a social infrastructure. Therefore, hygienic, economic and social optimization is undoubtedly more valued in these projects, especially, in a situation where the cost, material, technique and labor power are greatly limited. However, in this proposal, I want to explore if there’s still a way to bring dignity, quality, and beauty—not excessively expressed— to these social infrastructures. Also, I’m very intrigued by the idea of adapting industrial/prefab materials into the context of vernacular architectural expression. These materials were sometimes deemed brutal, non-native, or as a symbol of infesting fast-food modern civilization, were kept away by “qualified vernacular architecture”. But their durability to dire climate or poor maintenance, easiness in changing, readiness for assemble, and potential to random or occasional modification, are undeniably suitable for these social infrastructures. The possibility of incorporating industrial/prefab materials into dialogues with vernacular architecture is also what I’m trying to investigate.

4) The aim of the competition is to create an architecture intended to prevent child malnutrition. How important is this theme today? According to you, what could be the role of architecture to promote this issue?

It is a heavy but neglected topic. Children malnutrition is not an isolated issue concerning food or farmland shortage alone. It is the consequence of an unevenly developed world, and disproportional distribution of resources, both naturally and socially. It is almost a too idiosyncratic scene wrote by a bold fiction writer, where the cheering mankind is already eager to the future colonization of space, while in the very remote places on this planet, there are still people live almost no differently from their ancestors hundreds or even thousands of years ago, struggle against poverty and hunger. This year we’ve witnessed a turbulent world with new emerging upheavals. War, pandemic, and starvation are never far away, yet new challenges follow subsequently. The significance of an architecture in such a grand narrative is very trivial, some might argue with pessimism. However, I believe this is not the reason that we should or could do nothing. If we still want to change, to make the world better place, every building could be the starting point, because they will tangibly change the quality of living, providing functions which are imperatively needed, and more importantly as a result, rebuild hope for a better future to all who share participation, endeavor and joy of building.

5) Can you briefly explain the concept of your project and which is the relationship between it and the Child Nutrition?

The concept of this project is to create a space with multiple levels of dialogues between openness and enclosure, unified by one structure, or more spatially, one realm. Although the site and topic of design is set in Senegal, Africa, when researching on the theme of Child Malnutrition and architecture, I can’t help but think about a poem line from Chinese poet Du Fu: “If ever I can manage to get a wide and generous roof thousands of fathoms wide, shelters all the poor who suffered poverty and bring back their happiness.”, and of course the ideal shelter for all the poor people he had depicted. Though the poor suffer from dire poverty and need the sheltering from a generous roof, they are independent in characters and dignified individuals, who have the undeniable right to live in a space with dignity. Similarly, for children who suffered from malnutrition ever since they were born, without any choice, their possible sensitiveness is unneglectable in nursing and caring, and spaces with a sense of sheltering and intimacy is what must be considered in design. However oppositely, the establishment of children’s house is to let them regain health, being able to return to a positive life and community. Therefore, open and sharing spaces where they can actively communicate, recreate, and regain healthy mentalities are also necessary. In summary, multiple layers of open/intimate spaces based on the duality of malnutrition children’s mentalities, unified and sheltered by a greater realm, is the essential idea of this project.

6) How did the material choice affect your design?

The selection of materials in this design is both a limitation and a propulsion. To carefully research and rigorously comply with the list of local materials provided by the competition committee, in the purpose of control the cost of materials, and reduce difficulties for voluntary construction by local people and volunteers, in a low-tech situation, is absolutely circumscribing the design a lot. However, being able to breakthrough from the current limitation of provided materials, explore the possibility of low-tech vernacular architecture in form, scheme and tectonics and coherently express it resulted an exalting outcome. As mentioned previously, how to dissolute the deemed superficiality, incongruity, and coarseness of industrial/prefab materials in vernacular architecture aesthetics, make these practical, durable and easy-manufactured materials an organic part of vernacular context, is also a theme which I feel extremely interested. It is investigated and expressed in the design.

7) Has your project been inspired by anything-in particular, by some project in developing countries or past projects of Kaira Looro?

I think the term developing country seems to be too broad a concept here. I’ve been to rural villages in China and India, the situations are quite different by countries, and apparently Senegal has its own condition in climate, culture, financial state, materials, labor cost, etc. Despite the uniqueness, admittedly there are some universal principles which are shared in common. Le Corbusier’s works in India are my frequent references. Though built 70 years ago, they had well demonstrated how the universal characters of modernism architecture can be adapted to vernacular conditions harmoniously. Francis Kéré’s works are also important references for me, a lot of they accord perfectly with the competition’s theme, in both social aspect of promoting equity and well-being, and architectural aspect of exploring the possibility of adapting contemporary techniques and materials to vernacular architecture. I learned much from these projects since in graduate school. His award of the Pritzker Prize this year is also an acknowledgement to his experiments. Beside these, some good vernacular architectures in Latin American countries like Colombia, Mexico, and Brazil are also inspirations for me, in the way how they turn cheap materials into harmony and elegancy in tectonics. Previous Kaira Looro Competition winners’ proposals, especially the Women’s House and Emergency Operation Centre, are my index to site constraints and materials.

8) How your idea of architecture can reduce child malnutrition in developing countries, and how the local community concerned could perceive this architecture?

In my understanding, the noumenon of architecture itself, as a physical presence, has very little effect in solving social issues. Measures in sociology, politics and economics are what can fundamentally resolve these problems, architecture is one of the mediums or carriers, for such abstract programs to be realized in the physical world. In other words, the “body” of architecture is of lesser priority, compared to its possibility and capability and being a “vessel”, in the conversation of solving social issues. I think my point of view is reflected in the design of Children’s House, that architecture as social infrastructure should take into consideration of user’s independent personalities, to be space capable of accommodating multiple extent of publicity and intimacy. Such inclusive characteristic—being able to support complex measures or programs dedicated to solving social issue such as child malnutrition—is a social contribution that architecture could realize, with its physical presence. I hope local community utilize and experience this building in diversified ways, some are what I’ve envisioned, but hopefully more are spontaneous from community, making it a coherent chapter of the context.

9) From your point of view, what are the responsibilities of architects in dealing with complex issues such as children rights or architectures in developing countries?

There’s a contradiction lies in the occupation of architect, that the independent will of the being as an architect is achieved in the form of architecture, with its abstract aspect. However, the presence of architecture is expressed indispensable of its physical aspect, which is not performed by the architect self alone. Therefore, it’s extremely difficult to express the pure independent will or insist on an architect’s own judgement during this process. Despite this, I do believe architects should insist on their judgement of social integrity, and implement them in decisions of design. All architectures are political, this is an astounding assertion derived from the fact that there’s inevitably decision made based on value priorities. In this process of value, first listen more to the society, research, reflect, then make decisions beneficial to social integrity and well-beings, at least these are what architects’ capability allows.

10) Your competition registration fee is a donation to the no profit organization Balouo Salo that helps people in disadvantage area of Senegal. How it has affected you approach to the competition?

Very glad to hear that the registration fee is put into good use to help those people who live in disadvantages. I think the social equity orientation of Kaira Looro Competition had greatly influenced my recognition and thinking over these social issues during the design process, which is reflected in the proposal to improve the quality of living.

11) Your prize is an internship at Kengo Kuma & Associates, one of the most prestigious architecture studios in the world. Can you express your feelings about it?

Japanese architects had great achievements in rationality of structural expression, interpretation of traditions, and extreme meticulousness of details. KKAA is a successful architecture practice and also among the most representative Japanese firms, Kengo Kuma has made huge influence in both architectural practice and theory. From his architectures and books, I gained incomparable illumination s on the relationship between architecture and the nature, as well as the modest presence of architecture in dialogue with the site and context. This is an extraordinary reward.

12) The aim of the competition is also to give professional opportunities to young architects, and we wish your team the best achievements for your career. How do you think you will be in next 10 years? According to you, how much will this award affect your future?

The architect’s career is a life-long odyssey, and right now it’s just the beginning for me. It’s hard to thoroughly imagine my professional career in ten years, however I wish to keep a modest attitude of ever-learning, trying to push the boundary of my own limits. In terms of professional opportunities, I would like to participate more in construction and service/administration phase to fully understand the operations of architecture. Of course, winning the award is a broader acknowledgement of the principles I hold, as well as expression, which by itself is already a great reward for me.